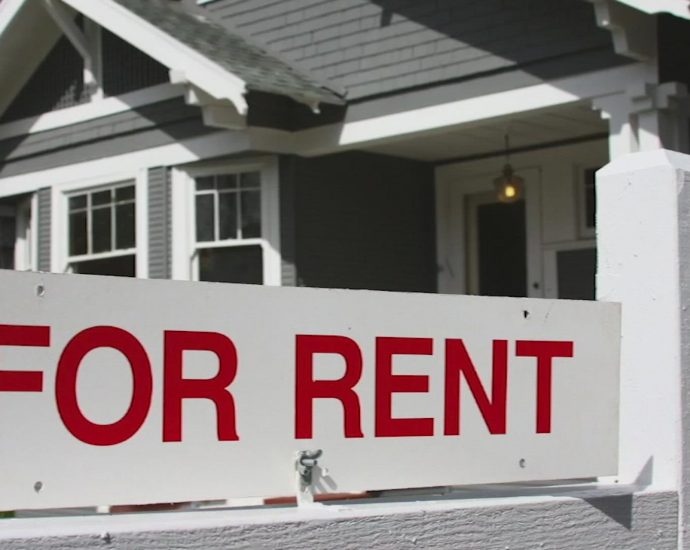 ORLANDO, Fla. – Isaac Aviles thought he found a good deal on a rental home in Orlando: a three-bed, two-bath house in Meadow Woods for $1,200 a month.

Aviles, 19, didn’t meet the landlord but said he got “a chill vibe” over the phone. He paid a $500 deposit and his rent through apps such as Zelle and CashApp, except once when he was asked to pay in Apple gift cards.

Then one night, Aviles’ girlfriend called him at work to say a notice had been posted on the door. “It was saying the person who leased us the house wasn’t authorized to rent the house,” he said.

Now the real owners of the place have told him he had to move out by Friday. Avila is at a loss for where to go next. “I’m 19,” he said. “It’s going to take me some time to get another place.”

Aviles is a victim of rental fraud, a scam where someone poses online as the landlord for a property and tricks someone into paying them until the real owners find out.

“It’s pretty pervasive here,” said Jay Mobley, the senior housing and consumer debt attorney for the Legal Aid Society of Orange County. “If I’m talking about scams, this is always in my top three.”

Fraudulent ads are often found on sites such as Facebook or Craigslist. Aviles made his connection through a phone number on a listing on Zillow. On Zillow, any user can claim a home that has no other listed owner as theirs with minimal information. Haley Mills, a spokesperson for the website, said in a written statement that the company employs monitors to screen for possible scams and pull down fraudulent listings.

Mills also pointed users to links on the website that advise people how to identify scams and report them.

Mobley said that victims are often young, like Aviles, and not always savvy about the rental process. Other victims tend to be people with credit problems or past evictions that makes it hard to be accepted by a traditional landlord or rental agency.

The home that Aviles was in is owned by Progress Residential, a national single-family home rental company based in Arizona.

Mark Lippman, an Orlando real estate attorney who represents several property management companies but not Progress Residential, said large corporate landlords can’t always police all their properties. Lippman said he sees this at his clients’ properties “at least” five times a month. “There was a lot of this during COVID and it continues to this day,” he said.

If the issue is caught quickly, it can often be resolved without legal proceedings. But when a victim has established mail or other services in their name, Lippman said the company has to file to remove the tenants as if they were squatters.

In a written statement, Progress spokeswoman Susan Klau said, “While we don’t comment on specific cases, it is our practice to work with individuals impacted [by such a scam] to explore the option of securing a Progress home through our process.”

Aviles said the company offered to let him rent the property legitimately, but that they wanted more than $300 just for an application. And he didn’t think he could afford the place. The house is listed on Progress’ website for $2,425 per month.

Lippman said people in this situation should immediately file a report with authorities, which Aviles did.

Orange County sheriff’s spokeswoman Michelle Guido said the report could not be immediately released because of Marcy’s Law protecting victim privacy, but she confirmed the case number that Aviles provided to the Orlando Sentinel was about rental fraud.

Lippman said it’s rare someone is caught, especially since some of the crimes involved, like mail and wire fraud, fall under federal jurisdiction.

“It’s on such a small scale that the feds rarely act on it,” he said.

Mobley said people should always ask questions of who they are renting from, and check the property appraiser’s website to see if they are listed as the owner. He also suggests asking to see the landlord’s driver’s license. Also, they should pay attention to payment arrangements in the lease for the rent, such as where and how it will be paid.

“When they’re asking you to make payments in the form of a gift card or a money order … those are red flags to me,” Mobley said.

2022-08-14
Previous Post: Rocket reports steep decline in profit in 2Q
Next Post: Where to Buy a Fixer-Upper
My Tweets