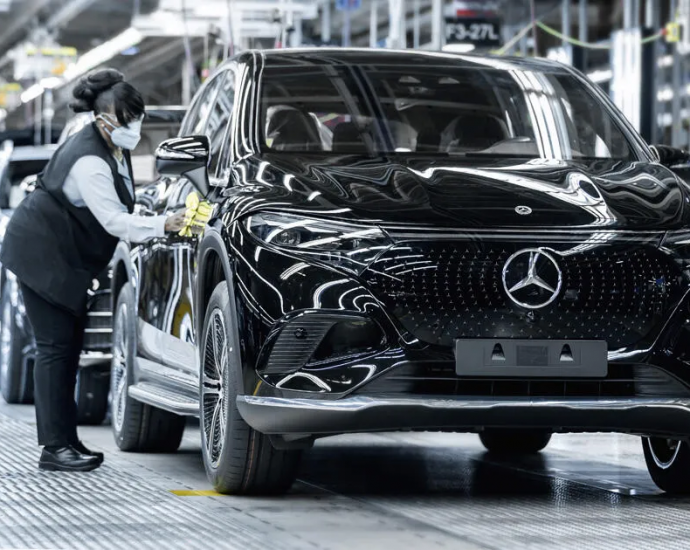 Mercedes-Benz began production of its first battery-electric SUV for the U.S. market on Thursday(08/25/2022), fronting a movement expected to bring auto manufacturing onshore over the next decade.

The 2023 Mercedes-Benz EQS SUV will be made at the automaker’s plant in Tuscaloosa, Alabama, using batteries supplied by a battery factory it opened nearby in Bibb County in April.

The five-passenger EQS SUV is based on Mercedes’ largest utility vehicle, the GLS, and underpinned by the same modular architecture used for Mercedes’ EQS flagship and EQE midsize sedans. Using a common platform allows the automaker to scale operations quickly.

The SUV will come in two flavors: the 335-horsepower EQS 450+ base model and a high-performance EQS 580 4MATIC version that achieves 536 horsepower. It can travel more than 372 miles on a full battery charge, according to WLTP estimates.

2022-08-27
Previous Post: Housing Prices Could Drop by 20%
Next Post: US vessel barred from Solomon Islands as China extends influence
My Tweets